There are times I see,

many that mean nothing to me.

Away from my eyes,

nothing to everything; I startle not.

Hot to cold, or cold to hot,

it matters not, you can complete me.

my hand to yours, the puzzle is finished. 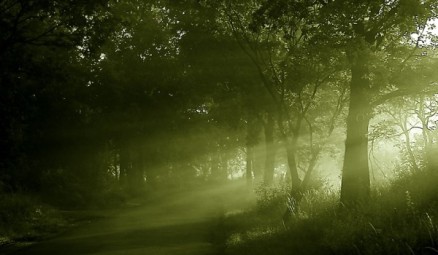 Tonight, together we dine alone
You and I, only us two fit
Black & White, candle lit dinner
Hold the black, I’ll see you soon

Not now, or ever.

The sheep, the same, the blind.

And I’m having so much fun.

Love Poem; All I Ask

Some come and go.

Our paths cross, thank you, and bye.

Others simply walk away.

For what or why, is unknown, but patience is gone.

You can’t see through my eyes.

Nor is this my request; take a seat next to me, that is all I ask.

I am an Event Manager. One of my duties as an Event Manager is effectively managing large crowds. This weekend I had the pleasure of managing a crowd of 30,000 plus crazed girls, aging from 5-18 (with some parents, not many though most of the young girls were dropped off), over the course of two days, which included three shows. Many of which are fanatical followers of Justin Bieber.

Surprisingly, Justin Bieber taught me a lesson in philosophy. I witnessed a lot over those two days. But one situation stood out in my mind in particular. Let me explain.

Starting around 10AM thousands of Bieber fans started to gather in hordes outside of the arena in which he was performing. Their goal was to catch a glimpse of Bieber. How important to them was this glimpse, even if it was only for half a second? I would say that to them it was equally important as taking their next breath of air. Think I am over exaggerating? Attend one of his concerts. No sarcasm or humor meant by that comparison, its simply the sad truth.

At one point during the day, I began to assist my workers in maintaining a secure perimeter around the back entrance to the arena. This was in an effort to not only keep the building safe, but the fans safe as well. I was at a barricaded entrance, which was holding back thousands of fans. My primary duty at that post was to let no one exit outside of the barricade.

A mother and her three daughters pleaded with me to let them pass. Their hope was to gain a better view so they could see Bieber. I explained to them several times for safety reasons that I could not do that. Eventually the mother gave up trying to plead her case. She looked me in the eyes and told me, “I will never forget your face. For the rest of my life, I will never forget your face. You have ruined mine and my daughters day.”

I replied, “Thank you very much.” She answered, “I will never forget your face.” I answered again, “I appreciate that.” Her three daughters were looking at me the whole time.

After the two day concert was over, I began to reflect back and wonder why all these young girls were so crazed about Bieber. That day I could have asked one of them to name off 20 facts about him, and they would have gave me an answer in under 1 minute. On the other hand, I could have asked one of them to name 5 facts about Jesus, God, Buddha, Hinduism, Judaism, etc and I would bet money one of the most popular answers I would hear would be, “Do you know when Justin is coming out?” Again think I am over exaggerating, please attend one of his concerts.

I am going to leave you with one fact, and keep everything I said above, and especially the last question I asked in mind. Justin Bieber has over 33 million twitter followers.

Language can be a devious tool

Have you ever considered that simple words in our language are used in a devious way? A way that we have never even considered? As writers and readers maybe you are more apt to pick up on this.

For example lets look at the words “no” and “yes”

“No swimming today in our pool.” “Yes, you can have that to eat.”

Stop. What is you initial reaction to the connotation of those two sentences?

Probably and arguably correct, the answer is negative for the first one and positive for the second one. But is that really the case? Let’s dissect the scenarios more presented by those two statements.

“No swimming today in our pool. There is a storm only minutes away. It is about to hit our house.”

All of sudden the negative connotation is suddenly changed with a little more information. “No”, is not such a bad thing right?

“Yes, you can have that to eat. But for dinner we are eating something else besides fried food.”

All of sudden the positive connotation has changed. “Yes”, is not such a good thing?

You may be thinking “duh” who doesn’t know with more information the connotation changes. That is not the point. From birth we are conditioned that “no” is negative, and “yes” is positive (Proven by your initial reaction to the first two sentence). The older we get the more this is instilled into our way of living. It becomes harder for us to say “no” and easier for us to say “yes”.

But is “no” really so bad? And is “yes” really so great? I think we all could learn how to say “no” more and “yes” less. You will be surprised by how much freedom this will create in your life.

Hypocrites- Another Uno of my Quotes 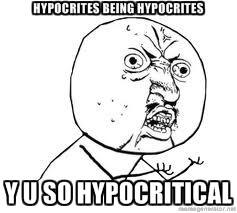 Say what you mean, and mean what you say. Better yet, think before you speak. Even better, don’t speak at all. Even better still, just stop thinking. -ME

Uno of My Quotes

Real life is the present tense. We don’t fix our eyes to what was, or what will be. But rather we focus our hearts on what is. In this way, may we all find a measure of peace. -ME

Beautiful photos of hiking and other outdoor adventures.

Poetry, Travels, Sketches, Writings and a Sip of Inspiration with Passion.

This WordPress.com site is full of potential

A writer of speculative fiction.

The greatest WordPress.com site in all the land!

Spreading the Power of Belief